Lough Rynn Castle, near Mohill, Co. Leitrim, belonged to one of the most notorious landlords of 19th century Ireland: William Sydney Clements, 3rd Earl of Leitrim - or simply Lord Leitrim. The Earl lives in local memory as a notorious despot who represented the worst excesses of landlordism in Ireland during the 19th century.

The history of Lord Leitrim, Mohill and Leitrim is told in 'By Hereditary Virtues: a History of Lough Rynn'. First published in 2006, a revised, second edition of the book will be published in April 2020.

Pre-order your copy via the PayPal link opposite. The price includes postage and packing, and is lower for shipping to Ireland to reflect actual costs. I ship via An Post.


'By Hereditary Virtues: a History of Lough Rynn'

Drawing on various primary and secondary sources, 'By Hereditary Virtues: a History of Lough Rynn'  describes how the Lough Rynn estate emerged from early times up to the end of the 19th century. It focuses largely on the 3rd Earl of Leitrim including, his management of the Lough Rynn estate, his role during and after the famine and his eventual demise. In doing so, the book provides evidence to support the long-held characterisation of Lord Leitrim as a tyrannical landlord. It also explores evidence and perspective that provide new context and perspective. Here was a man who started with a strong determination to improve the land and the lives of those who lived on it, but who ultimately destroyed and was destroyed because of his arrogance and hubris.
The story, however, is not just about one man, but rather about all the people who lived and died during an important period in Irish history.


If you have any difficulty in paying through PayPal on this site, please leave a comment here.

‘This is a book which is marked by lucidity, elegant prose, judiciousness and unsentimentality as well as sharp psychological and social observation. We need this kind of intelligent, analytical and on occasion sceptical history that the author has given us both to understand that we can't re-experience the past, and to understand and preserve, for instance, what real and concrete heritage we have. This is the classic local history, a scholarly mosaic of political, social and cultural life which has a focus in a part of North West Ireland during the zenith years of landlordism. The author is to be commended highly for producing this rigorous and thoroughly researched study; no one has waded through more collections of papers and records than Fiona Slevin. It is a must for all lovers of local history’. Professor Michael L. O'Rourke, Trinity College Dublin

‘By Hereditary Virtues is a most welcome book that deals with the most famous Big House in Leitrim and also with its most famous, or infamous, character, William Sydney Clements, Lord Leitrim himself. The book gives a very readable account of the family who displaced the old native chieftains, the MacRanalls. The Clements had their ‘virtues’ but the lasting memory is their ‘vices’ and all is revealed in this excellent book’.  Seán Ó’Suilleabháin, Leabharlann Chontae Liatroma


‘The book describes the history of the Lough Rynn estate from early times to the present and focuses largely on Lord Leitrim and the period of The Great Famine. . . With Lough Rynn Castle now open as a luxury hotel, the book is a timely recounting of just how much Mohill and Ireland has changed over the last 150 years and will make compelling reading for anyone with an interest in history and the local area’.
Leitrim Observer, 29 September 2006 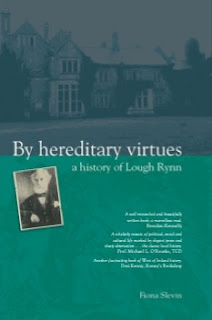 By Hereditary Virtues: a History of Lough Rynn

The Great Famine in Leitrim 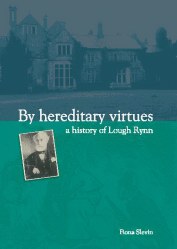 Pre-order the new book via PayPal

Please bear with me while I transition from the original www.loughrynn.net website to this blog format.
Over the next weeks, I hope to add more text and chapters here.
_______
I will be speaking about the development of Mohill after the Famine on Wednesday 18 March 2020 (8:30pm) in the Bush Hotel, Carrick-on-Shannon, courtesy of the local Historical Society. All welcome!

Fiona Slevin
Independent consultant, advisor and non-executive director working with companies on strategy and growth. Over 25 years' experience in technology start-ups, consultancy and multi-national corporations. https://www.linkedin.com/in/fionaslevin/ And a little bit of history.